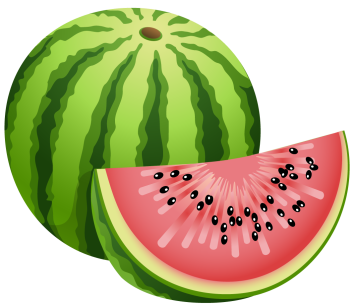 My family has a story about a watermelon.

My grandfather was widowed in his 50s and married a woman shortly after the death of his first wife. The woman’s name was Hazel. Hazel hadn’t had the happiest of childhoods and as a result, often felt left out, neglected or affronted by other people’s behavior. It was easy to wound her. Her default setting was self-negating, so it was difficult to truly connect.

One day, her stepson, my uncle, brought home a watermelon to share with the family. While I was not yet born, and can’t confirm the actual events of the day, the story has been told that for some reason, he did not specifically offer Hazel her own piece of watermelon. Maybe he was thoughtless. Being forgetful. Being spiteful? Maybe. Maybe he was simply assuming she’d take one for herself. Who knows? Her response was to stop speaking to him. And his response was to resent her silence, eat his fury, and write her off. For the rest of their lives, there was a tension whenever his name came up, or hers. Don’t mention that one! Completely unreasonable! Even after we had moved to the west coast and my uncle remained on the east coast, resentment’s ghost sat gloomily in the corner of the room. After all, there had been an affront, and you know what that means. Some things can’t be forgiven.

Now from the outside, this seems silly and small. One afternoon and a large piece of fruit should not steer the course of an entire life’s relationship. Yet it did.

I suppose the deepest wound really had nothing to do with the watermelon, but what it represented. Sharing food is elemental; we share with those we love and trust, we withhold from those we see as strangers. Somehow, that watermelon became a symbol of filial love, or lack of it; somehow, that watermelon got as big as the world and stretched both backwards and forwards in time, and drew a shadow over all of it. And neither my uncle nor my grandmother could ever find a way to step out from under the shadow.

I see this happen a lot, and it’s always desperately sad. I saw it a few weeks ago when a man decided to sit out in the lobby of the church and miss the entire service because he could not comes to terms with the woman sitting in the pew in front of him, holding a go-cup of coffee. She didn’t know him. He didn’t know her. He knew somehow that the woman in front of him wasn’t doing anything intentionally wrong, nor was she in any other way being distracting. She was singing the hymns, reading the prayers, responding in the same way as himself. But there it was, in her hand. He knew he had a choice – to reprimand her, or to ignore it and continue to worship. He knew that a reprimand would only bring embarrassment to both of them; to her, for being so thoughtless as to have a beverage in a cup, and to him for being the cranky old man who had to point out her obvious flaw.  He knew he didn’t want to do that. That would be awkward for both of them. Yet he found he also could not ignore the coffee, which represented to him a profound lack of awareness or grace.

And here’s where it gets interesting. At some level his discomfort grew to such a level that he left. He did not simply move to another pew, although there were many open and available. He didn’t choose to stand in the back. He left the sanctuary entirely. He exiled himself to the lobby. While his wife continued to worship inside. He left the service, the prayers, and his wife.

I think I understand. It was the shadow of the watermelon, looming overhead like a bloated zeppelin, threatening the skies.

Hazel already believed that she would never gain the love of her stepson after the death of his mother. She believed it so much that there was nothing he could do to reassure her, and everything he could do to reaffirm the chasm. Small imagined slights became fights. Small moments became epic battles of the will, retold and retold again. For the rest of their lives, she and he forgot any of the simple kindnesses that they might have done for one another. “You don’t care,” they said to one another, in every look, in every silence, in every missed opportunity. They blocked each other out, made it impossible to give or receive. And when 3000 miles finally separated them, they took that resentment and carved it hard and deep into stone.

I believe this man in the lobby might be tempted to do the same. If at some level he already believes that the woman, or others like her, will never understand or respect God the way he does, he begins to draw the line. If she can’t understand and pray to  God in the same way he does, then she probably can’t understand him, either. Maybe his wife can tolerate it, but he can’t. There are limits, after all. Day after day, in small ways, he relives the smell of  her coffee, watches the steam rise up from the cup in his mind, and begins to assign it a mythical symbolism. That coffee cup is disrespect. Next time, someone who looks like her will come by, and he will wonder if she drinks coffee in front of Jesus, too. If she even goes to church at all. He will remember that he had no choice but to leave. She made him leave. No choice but to sit outside, and stew, and resent. What else could he do? And pretty soon, regardless of what his wife says, he will stop coming to that church entirely.  Just like the last one he left. The last one was too full of unfamiliar hymns. This one, too full of coffee.

So – should the woman have left her coffee outside? Should my uncle have given Hazel a watermelon slice? Maybe yes. Maybe no. I don’t know. But was the reaction to these small grievances in balance to the perceived fault?

Should we expect the people around us to be acceptable to us at all times in order to be in relationship with them? Do we need to retreat from the risk? Or if we stay, what happens when they inevitably fail us, as we in turn fail them? Do we move then to another seat? Another pew? Another coast?

God does not exile us over watermelons and cups of coffee. God does not insist that we read each other’s minds and always respond proactively to each other’s unspoken desire. God does not even ask us to correct each other, except when there is first a framework of love and relationship, and then only sparingly. God draws no lines, expects us to live outside the lines entirely, and that makes us crazy. Crazy enough to walk away.

But God does not want us to walk away. Because when we do, we lose so much more than just a moment of prayer time, or a bite of refreshment. We lose the opportunity to know and to be known, to trust and to be trusted, to forgive and to be forgiven.

We lose more than a piece of watermelon.

We lose a piece of ourselves.

Baby boomer, church mouse, INFP, bookworm, couch potato, eater of Oreos, napper. Generally trying to navigate my world with a wobbly faith while not tipping over. Terrible blogger - waaaaaaaaaaaaaaaaaaaay too much time between posts. VERY fond of carbs. You've probably seen me being walked by my dog, who has a bigger online following than I do. By the way he says hi. View all posts by Training Wheels 2.0